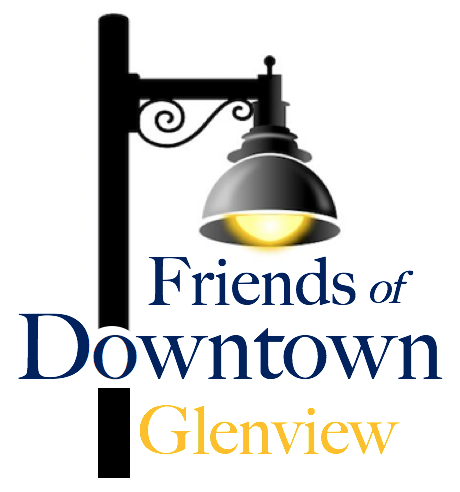 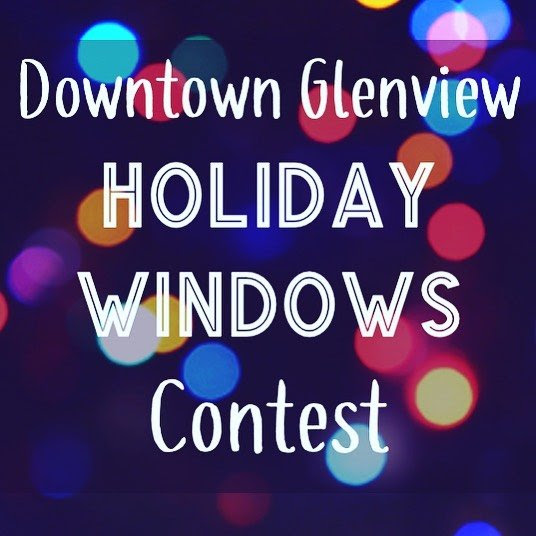 After months of lighter traffic around town it was nice to see our streets busier last week. Harrison’s fans were lined up for blocks to pick up their Thanksgiving turkeys, but thanks to Glenview police traffic control and Harrison’s friendly and efficient staff everything went smoothly. More than 4,000 orders were filled for the big day. On Saturday the Glenview Chamber of Commerce held a festive Drive Thru Holiday parade with more than 400 cars kicking off the season.

It’s hard to miss that our Glenview Downtown Merchants have been busy decorating their shop windows for the holidays! To show support for your favorite decorations, FDG is hosting a holiday windows contest until Dec. 14. Voters will automatically be entered to win a shopping spree, sponsored by Edward Jones, at participating Downtown businesses. The winning storefront window will be announced on Dec. 16 on FDG social media. You can VOTE at this link to choose from the windows pictured below: https://downtownglenview.org/holiday-window-contest/

But perhaps the best way we can show our holiday spirit is to visit our Downtown merchants for gifts, carryout, groceries, and services. And while you are Downtown, stop by Oil Lamp Theater and let them know the little things that are making your life wonderful during this difficult time. They are filling their windows with responses to spread some holiday cheer (more on their new executive director below). 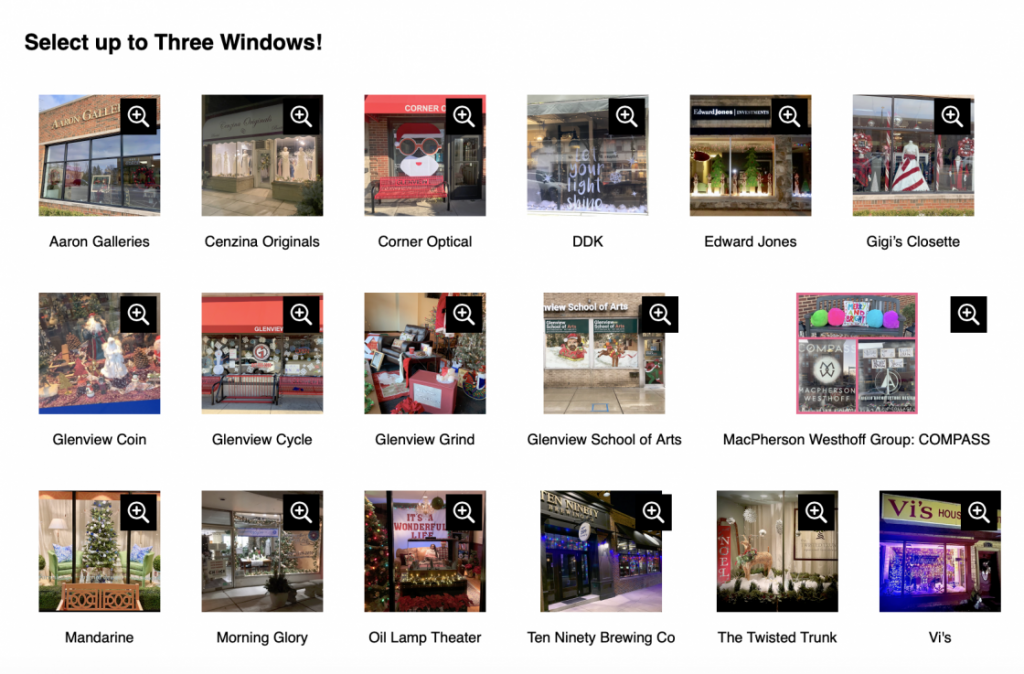 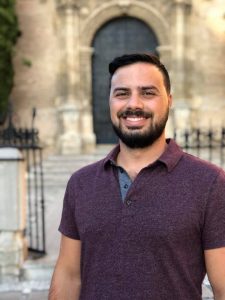 After working for a national touring company which had him traveling for several months of the year, Jay Pastucha joined Oil Lamp Theater in early 2020 and became Executive Director in April after Keith Gerth moved out East.

FDG had a chance to chat with Jay recently:

Why Oil Lamp?  All of that back and forth with a touring company was exhausting, and I knew that if I were able to focus that energy on one location, one community, I would be able to make a good impact that I could consistently see first hand. I decided it was time to focus on building an artistic community and deepening roots in the Chicago area. Needless to say, it has been quite the learning experience, but the support of our patrons, Oil Lamp artists and board members has helped tremendously. We’ve been able to put out some great content to keep our patrons engaged, and we’re looking forward to putting up our annual It’s a Wonderful Life: A Live Radio Play virtually this year. More info at https://oillamptheater.org

About Jay: Jay Pastucha is a director, playwright, designer, and most significantly, producer. He previously served as Managing Artistic Director at The Hampstead Stage Company (HSC) from 2015-2020. During his tenure, he directed nine productions and produced 33 in total, which were performed for over 300,000 audience members nationally. Jay was also a co-founder of Second Glance Theatre (SGT), a nonprofit theatre who worked with emerging artists to create new plays and help them find their voice. 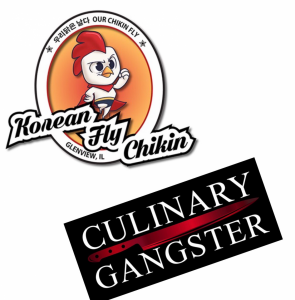 Restaurants Adapt for the Times

The family behind Gangnam Ramen has re-opened in the same location as Korean Fly Chikin – wings, bowls, dumplings and fries are available for carryout: http://koreanflychikin.com

Culinary Gangster on Waukegan moves from food truck to their hometown of Glenview. From classic American burgers to Italian and tacos they have something for everyone in your family https://culinarygangsterchicago.com/ 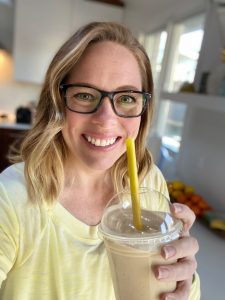 What sets your business apart?

Our tagline – Rooted in Kindness & Running on Humor – sums it up. You can rest assured that we will blend you something amazing and delicious without added sugars, but I believe people return because we like to laugh and build relationships with everyone who walks in the door. We also know our customers have a lot of heart so this holiday season you can “Buy A Smoothie for a Frontline Worker’”– a $5 donation will buy a delicious smoothie with an immunity boost for those who have kept our community running in 2020. Each week we will be delivering to different locations within our community through the end of January!

I was born and raised here. Educated through District 34 and a GBS grad. I chose this specific location because this is MY downtown Glenview. This is where I would ride my bike to get a frozen yogurt or candy bar. This is where I would rollerblade to the Street Sale and study at the Library. I am a Tall Trees resident and now have kids growing up here and I am so lucky to have the opportunity to offer them this community to grow up in.

The name BLENDED really has nothing to do with what we offer, but was inspired by our blended family and the atmosphere we wish to create. My husband and I each brought a child into our marriage and blended our families, ex’s and all, about 7 years ago. It is a motto for the business that we want everyone that comes in the door to feel like they are a part of our BLENDED family!

What’s your favorite quote or joke? 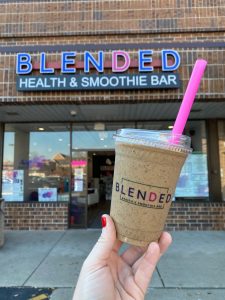