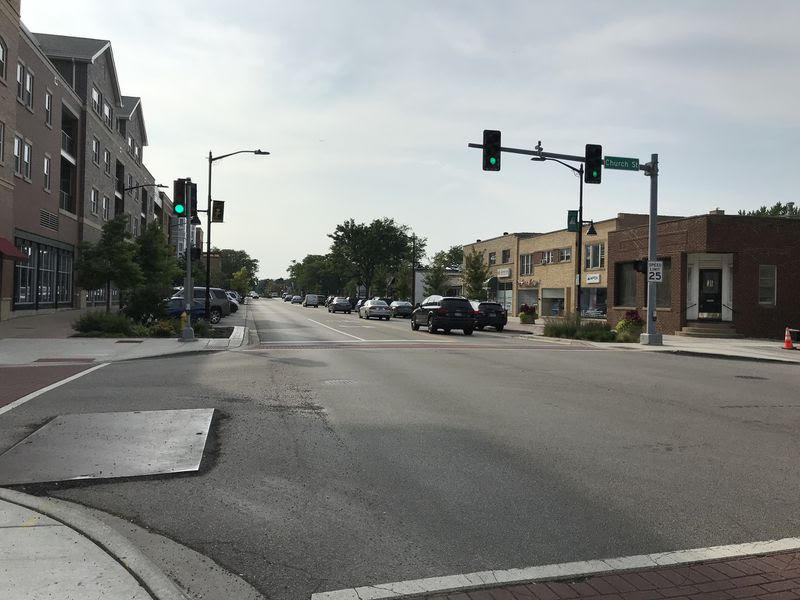 Glenview Blocktoberfest will be held on Glenview Road between Church and Pine streets in downtown Glenview on Sept. 28.

Two Glenveiw business owners had a conversation last summer and realized what they felt the village is missing: a large community event in downtown.

Last summer, Brian Schafer, the owner of Ten Ninety Brewing, and Bob Hausheer, the co-owner of Morning Glory Flower Shop, started creating the idea for what would become “Glenview Blocktoberfest.”

“We just start spouting, talking over each other outlining this whole event. It was just crazy,” Hausheer said.  A year later, the event is now scheduled to take place Sept. 28 on Glenview Road between Church and Pine streets in downtown Glenview, Hausheer said.  The two businessmen also had the idea for Glenview Blocktoberfest because other towns have big events, like Northbrook Days in Northbrook, said Schafer.

“We’re such a big town and we don’t have anything like that,” Schafer said.  Glenview Blocktoberfest will “mainly be a music event” with two stages: a main stage and another stage for students from local music schools Rock House and Terra Sounds to perform, Hausheer said.

The students will perform when the main stage is “turning over,” he said.

Main stage performances are scheduled to feature six bands, including Victor Brown Band, Mike Zabrin’s Funktastic and headliner Tributosaurus, according to the fest’s website.  Tributosaurus is a band that “assumes the identity of a band every month, and plays that bands music,” Hausheer said.

“We’re going to be having Tributosaurus become the Rolling Stones for Blocktober Fest,” Hausheer said.

The fest is also expected to include beer gardens, food vendors and activities for children, Hausheer said.

In years to come, both organizers said they hope the fest becomes a multi-day event held on multiple streets in Glenview.

“Our hope is to expand it, make it larger, have multiple stages, more kids activities,” Schafer said. “(We hope there are) a lot more activities ‘where people from even surrounding communities will say ‘hey, we need to go to Glenview last weekend in September.’”

Admission is free, but attendees will have to pay for food and beverages, Schafer said.